a member of the Grammy Music Association and submitted his album for 2016 Grammy consideration.

Whether it's for his drumming skills, reading and writing music or for his studio expertise

Dave Haddad is reliable, competent, innovative, fun, easy to work and professional in all aspects.

Drums were first introduced into Dave’s life around age 7 when his father brought home a Buddy Rich record and a pair of drum sticks.  He would play Buddy’s drum solo on “West Side Story” and give each of the kids the pair of drum sticks and have them take turns wailing away on the carpet.  He was a jazz enthusiast who also took Dave to a Shelly Manne concert when he was very young; the experience still etched deep in Dave's subconscious.   ​However it wasn’t for several more years before Dave developed an interest in playing drums.  Living with his mother now remarried to a jazz drummer they moved from Southern to Northern California.  It’s fair to say that during this time Dave was not very focused but now growing up in a family where the world of drumming was ever present, Dave at age 11, found his passion for the instrument and was given a chance to test his skills. ​ ​
​

Aaron Smith taught Dave the importance of keeping time with the left foot on the hat throughout everything he played on the kit. Aaron also taught Dave intricate 4 way independence exercises which enhanced his techniques and discipline. With these new exercises, and philosophies, the challenge was on. 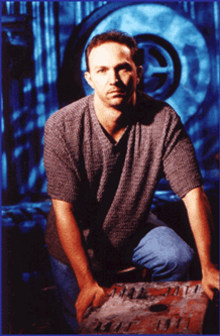 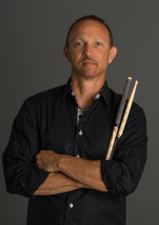 His stepfather, Cliff Swesey, a popular jazz drummer in L.A. performing with the likes of Frank Sinatra, Billy May and Jimmy Dorsey taught Dave the basic techniques as well as a variety of popular beats and styles which the eager pre-teen feverishly practiced.  This influence of having a professional drummer in the family gave Dave a fantastic opportunity to learn lessons that no school could teach. He gained a wealth of knowledge for performance, maintaining relationships and overall philosophies on life in the music business.

It was around this time that Dave started to venture out on his own and take on solo projects. He started getting hired to produce soundtracks for films and outsourcing his drumming skills for other talented musicians. This led to the development of his own recording studio, "The Womb". While supplementing his income working as a studio and live sound engineer, Dave's skills were noticed by a client who subsequently opened the door for him to the Persian music scene. Dave now plays drums for many world renowned Persian Artists (most notably Googoosh) and has become a widely sought after drummer in the increasingly popular World Music industry.

​                            With performances in more than 25 countries Dave has worn through a few passports.  Having played in storied venues such as Royal Albert Hall, Hammersmith Theater and Wembly Arena in London and The Dolby Theater, The Gibson and Nokia (Microsoft) Theaters in Los Angeles Dave has left a lasting impression on many satisfied fans.  Having this worldwide exposure has brought endorsements from companies such as Vater Drumsticks, Sabian Cymbals, Reunion Blues Gig Bags, Ace Products, Pig Hog Cables and RockNRoller Carts.  A Grammy Academy Member since 2016 and feature speaker at 2017 Beverly Hills Career Day Mentorship Program.

"Dave Haddad is a groove pig that plays well in any time signature" Anonymous engineer.