I don't have audio for this one, perhaps I should make one...

Any new recordings would sound a lot better than what is on here now so I may eventually do that.

This is audio for the above Rhumba Columbia beat notation.

Each 2 bar phrase is repeated then you move on to the next working your way down the page.

This is just one interpretation of a Rhumba Columbia beat, there are many.

And I believe it's Rhumba NOT Rumba, unless of course you're buying!!

This recording is not much like the written notation, it's more like jamming with a variation of the groove near the end.

This is a rough take (old recording!) of a Songo groove as notated above.

In the recording each 2 bar phrase is played twice so just pretend there are repeat signs.

Open hi-hat not notated... it's an interpretation... and it's Linear not Linar!

In the recording each 2 bar phrase is played twice so just pretend there are repeat signs. 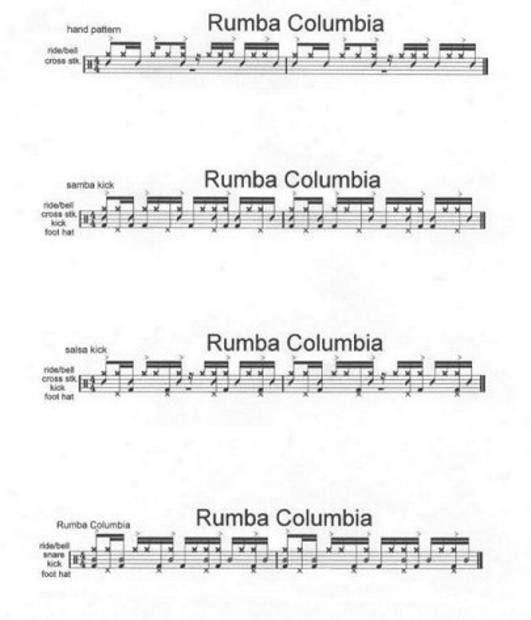